5 Must-Visit Iconic Structures Around the World

Architecture is more than just designing for buildings. When an iconic structure is created, it becomes a landmark that a country can be proud of. In this article, we discuss several iconic buildings scattered around the globe and why it’s a must for travelers to see them at least once in their lives.

Built during the 90s, the Dancing House is Czech Republic’s pride. Located in Prague, this iconic building is inspired by celebrities Fred Astaire and Ginger Rogers dancing skills. This is why the building is also known as Ginger and Fred. The rock tower represents Fred and the glass tower represents Ginger.

The brain behind the structure’s architecture is world-renowned architects Vlado Milunic and Frank Gehry. With Milunic and Gehry’s collaboration, a unique design serving as Prague’s pillar of modern architecture is created. The design uses plastic materials that blend well with the city’s environment. British Architect Eva Jiřičná, on the other hand, designed the building’s interiors.

Currently, the building houses a gallery and a restaurant offering fantastic views of the city of Prague. It also has a hotel that can accommodate travelers visiting Prague.

Completed in 1986, Lotus Temple is a jaw-dropping structure that mimics the shape of a lotus flower. It is both aesthetically impressive and carries undeniable religious significance. Architect Furiburz Sabha chose the lotus because it is a symbol used by different religions including Islam, Jainism, Buddhism, and Hinduism. Hence, this temple is inclusive; anyone who wishes to visit can pray and meditate in the temple.

According to Iranian-American Baha’i architect Sabha, the lotus flower carries a variety of meanings. For one, the white lotus flower signifies purity and tenderness. As a big country with several existing religions, the lotus flower is also a symbol of unity in India.

In terms of design aesthetics, the Lotus Temple is visually stunning. The structure features the blooming petals of a lotus flower surrounded by nine pools of water. These pools are a vision when lit up during nighttime. For its outstanding design, the Lotus Temple is frequented by visitors from across the globe.

Located in Barcelona, Casa Mila is a residential building designed by Antoni Gaudi. Gaudi only designed three buildings for residential purposes: Casa Mila, Casa Calvet, and Casa Battlo. The building is called Casa Mila because Gaudi designed it specifically for the Mila family’s use.

Casa Mila is also known as La Pedrera for its design that mimics an open quarry. La Pedrera’s literal translation in Catalan is a stone quarry. Started in 1906, the building came into completion after six years. It was added to the World Heritage List in 1984 for its one-of-a-kind build.

Like Casa Mila, Angkor Wat is one of the world’s heritage sites. Built originally as a Hindu temple, the structure became a Buddhist temple complex by the end of the 12th century. Now, the iconic structure serves as an important religious monument.

Angkor Wat means temple city. It can be found five miles away from Siem Reap, and formerly serves as Khmer Empire’s capital. The impressive structure took several years to complete. Some people think that the build of this structure exceeds those iconic structures built in Greece and Rome.

The structure was built to represent Mount Meru. Mount Meru is said to be home to gods according to Hinduism and Buddhism. Mount Meru has five peaks, and this is recreated in Angkor Wat’s five towers. Currently, this iconic structure remains an important symbol of Buddhism and atop attraction that travelers consistently visit. 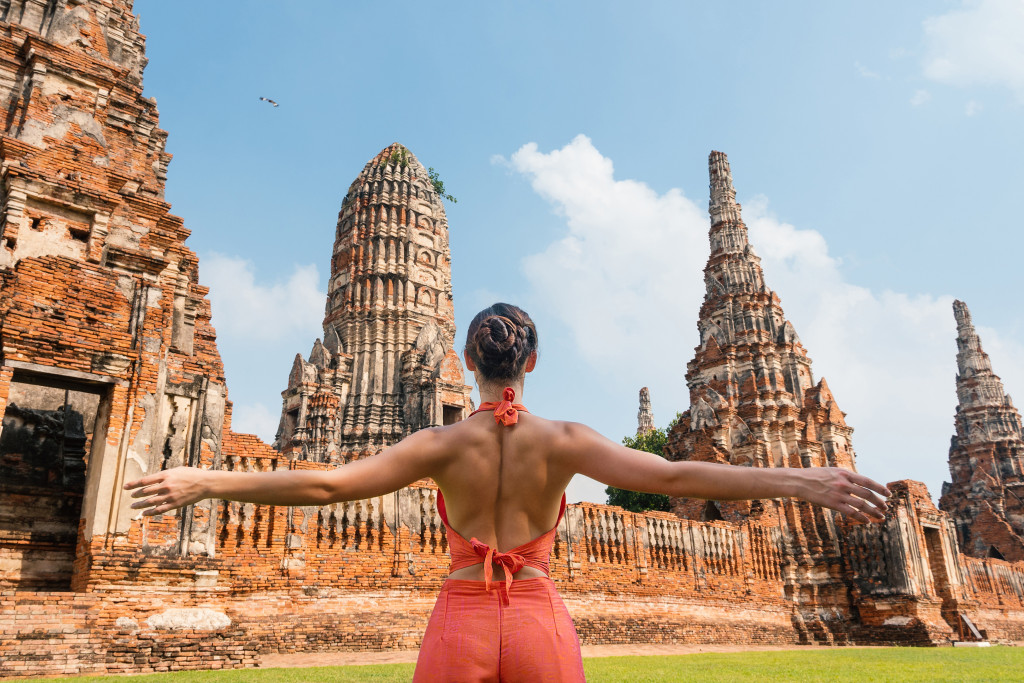 When a traveler visits Moscow, he or she would for sure visit St. Basil’s Cathedral. This unique piece of architecture also known as Pokrovsky Cathedral is Russia’s pride. Located in the Red Square, the cathedral is built in 1555 to celebrate Kazan’s defeat and Ivan IV’s victory.

According to historians, Ivan IV also known as Ivan The Terrible blinded the cathedral’s architect. This is to prevent the architect from building another structure as unique and as magnificent as this cathedral. Despite this dark history, the cathedral remains a symbol of the Russian Orthodox Church.

To build your own iconic structure within your property, a conservatory is a great idea. Nowadays, there are a variety of options for conservatory glass that can help you build unique structures.

These unique structures are inspiring. By building significant structures such as these, history remains remembered during the present. This is also why a building must not only serve its function but leave a mark in terms of form.

PrevPreviousKeeping Your Home Safe and Functional: Pointers to Note
NextHow the Construction Industry is RebuildingNext
Scroll to Top