Florida Is Prone to Hurricanes and Flooding, So Is It Safe to Live Here?

Everything has a shadow or a dark side, and the Sunshine State isn’t an exception. Amid its reputation of warmth and mild winters is the notoriety of being a disaster-prone place in America.

Since 1953, the state has already experienced at least 130 federally declared disasters ranging from fires to hurricanes. It then begs the question: is it truly safe to live here?

What Makes Florida Prone to Disasters?

Many factors contribute to Florida’s susceptibility to disasters, particularly flooding and hurricanes. First, the waters favor the creation of cyclones.

Florida is around two bodies of water: the Gulf of Mexico to the west and the Atlantic Ocean to the east. The latter has a strong current known as the gulf stream, and it delivers warm water to the ocean.

When the waters are warm, it forces the air to rise, allowing the cooler air to replace it. But the cycle can continue, so rising air builds up and gains strength and eventually transforms into cyclones.

Making things worse, the state has broad coastlines. According to a 2013 report, over half of its counties, home to nearly 70% of the population, have shorelines that border the two water bodies. The total length spans at least 1,300 miles.

Another common problem for people in Florida is flooding, mainly due to sea levels. The state is low lying or flat. It makes it easy for the waters to enter the lands and wreak havoc into urban and rural areas, destroying farmlands and residences. Its topography is also porous, so it cannot absorb rain immediately.

Even more disastrous, the sea levels are also rising—fast. Since 1950, it already rose by 8 inches. For the past 10 years, it has increased by an inch every three years. Around Miami, experts believe that the waters will rise by 6 inches in 15 years. It already did over the last 31 years.

But Is Florida Still Safe? 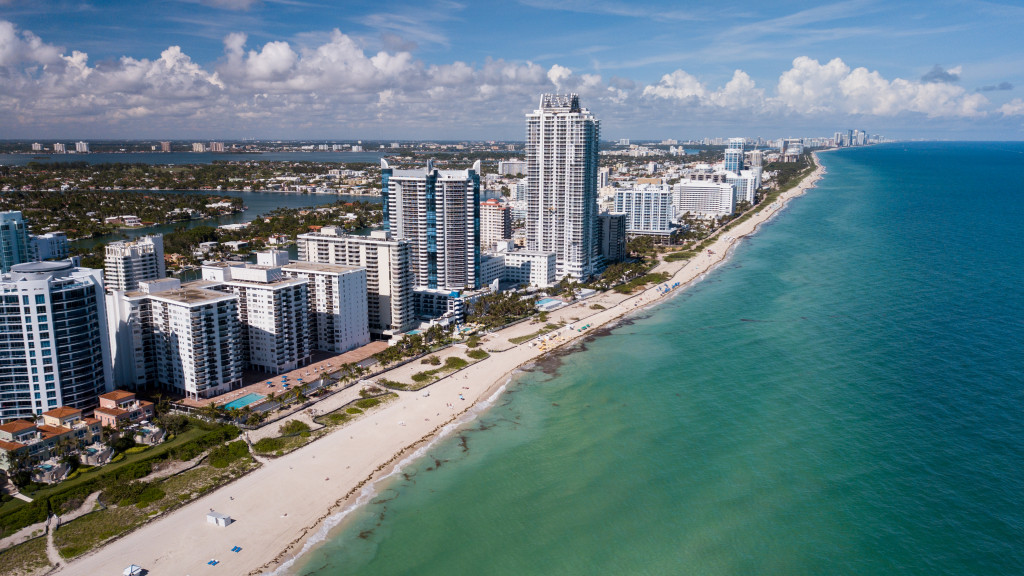 If hurricanes and flooding common in Florida, why is it still one state with a rapidly increasing population? The answer is simple: it is still safe.

1. Many Homes Can Withstand the Disasters

Over time, people learn to adapt to the harshness of nature. In Florida, residential roofing experts specialize in architectural shingles.

Why should you consider using architectural shingles? Many shingles are hurricane-rated, but three-tab shingles can only deal with wind speeds of up to 70 miles per hour.

Meanwhile, architectural ones can manage up to 130 miles per hour since it weighs 50% more than three-tab. Most of the major hurricanes in Florida were category 3, which means winds can travel between 111 and 129 miles per hour.

Further, the best roofing materials have an excellent warranty. It can last up to 25 years, which reduces a homeowner’s expense on repair or replacement.

2. Florida Isn’t the Most Hazard-Prone State

Although Florida is susceptible to natural disasters, it is not the most hazard-prone state. That title belongs to California, according to US News & World Report.

Since 1953, it has already dealt with close to 300 tragedies. That includes a massive earthquake that left over 20,000 people without homes and killed at least 50.

Texas is also not immune to natural disasters. In 2017, Hurricane Harvey devastated the state by bringing over 50 inches of rain. It caused major flooding, leaving at least 68 people dead.

Moreover, the strongest hurricane to landfall in Florida, Labor Day, occurred in 1935. Over the past 10 years, only two made it to the top 10 list of intense hurricanes to ever hit the state: Irma, which fell from category 5 to category 3. Hurricane Michael, a category 5 hurricane in 2018.

3. The State Is Doing Something to Prevent Flooding

The state cannot prevent hurricanes from forming, but it can prevent the waters from flooding areas like farmlands and homes.

For many years, Florida developed a complex maze of waterways that aim to redirect water flow away from vulnerable areas and control the flow. It also implemented steps like managing aquatic plants that impede or slow down the movement of water.

In Miami, their officials launched a huge project worth $100 million to help combat the city’s rising sea levels. With this money, it hopes to raise roads, upgrade sewer connections, and add stormwater pumps.

Florida can only do so much with hurricanes and even climate change, an issue best tackled in the global arena. However, it can manage the possible effects. So far, it’s working hard to do that, so it remains safe for people, animals, and homes.